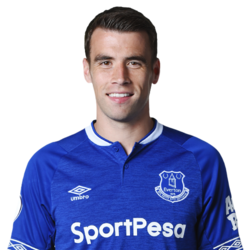 Wow! This means the average man in the UK needs to work for at least 10.1 years to earn the same as Cole earns in only 1 month.

The Irishman has been playing for Everton from very early on his career, a tenure spanning over a decade at Goodison Park has earned him a net worth close to €21.9 million (£19 million). There was never a question of leaving Everton in his prime years, now at the age of 30 his market value is somwhere around €15.6 million (£13.5 million).

Coleman Tattoo - Does he have one?