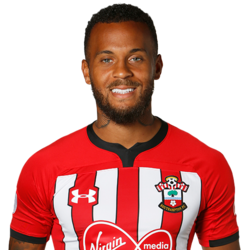 Wow! This means the average man in the UK needs to work for at least 9.8 years to earn the same as Plastic earns in only 1 month.

The Englishman was at Chelsea FC for almost a decade but spent most of his time on loan in EFL One with AFC Bournemouth and Oldham Athletic and in EFL Championship with Norwich City, Reading and Nottingham Forrest, before moving to fellow Premier League club Southampton in 2014, his net worth is estimated to be around €32.9 million (£29 million). The experienced left-back has a market value of €18 million (£15.5 million).

Bertrand Tattoo - Does he have one?