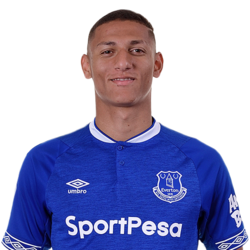 Wow! This means the average man in the UK needs to work for at least 12.9 years to earn the same as Smeagol earns in only 1 month.

The Brazilian's time in England with Watford and Everton has seen his net worth rise to somewhere in the region of €30.9 million (£27 million). He is a highly sought after talent and clubs will have to shell out the big bucks to land the Brazilian who has a market value close to €46.4 million (£40.5 million).

Andrade Tattoo - Does he have one?