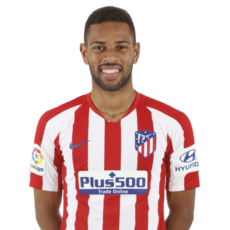 Wow! This means the average man in the UK needs to work for at least 9.3 years to earn the same as New Marcelo earns in only 1 month.

The Brazilian full-back transferred to La Liga powerhouse Atlético Madrid from native club Athletico Paranaense in the summer of 2019. The defender's six-year contract with Los Rojiblancos puts his net worth at an estimated €25 million (£22 million). The 21-year old has yet to perform on the big stage and currently has a market value somewhere in the region of €15 million (£13.3 million).

Lodi Tattoo - Does he have one?