Join WTFoot and discover everything you want to know about his current girlfriend or wife, his shocking salary and the amazing tattoos that are inked on his body. Find out what house the French/Algerian right winger lives in or have a quick look at his cars! 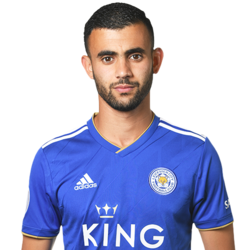 Born in Décines-Charpieu, Lyon, France, he started his youth career at the age of 6 with Vaulx-en-Velin in 1998 and developed as a young footballer before he signed for Olympique Lyonnais' youth academy in 2004. Coming up through the ranks he signed his first professional contract with Olympique Lyonnais in 2010. After featuring for the reserve team for a further two years he was called up to the senior side by manager Rémi Garde in 2012. The midfielder made his debut for the senior team in October 2012 in the UEFA Europa League. He made 14 appearances and scored a solitary goal in his debut season in Ligue 1. The following season the midfielder suffered a setback in his progress due to an injury which kept him out for the majority of the season. His return from injury in the 2015/16 season was a great success with the creative midfielder being involved directly in 16 goals in 29 showings in the domestic league. In his final season with Les Gones he would continue to build on his fine performances with 2 goals and 4 assists in 26 games. In the 2017/18 season the midfielder signed for fellow French side AS Monaco on four year deal. He made 26 appearances in Ligue 1 scoring 2 goals and bagging 4 assists, replicating his form from the previous season. AS Monaco would run into financial difficulties and as a result the mercurial midfielder would be on the move again, this time his destination would be England with Premier League club Leicester City acquiring the services of the Frenchman in the summer of 2018 on a four year deal.

Wow! This means the average man in the UK needs to work for at least 6.5 years to earn the same as Ghezza earns in only 1 month.

The attacking midfielder started his career at Lyon but then a big money move to fellow French side AS Monaco followed by another to Premier League outfits Leicester City has brought up his net worth to an estimated €14 million (£12 million). His market value is somewhere in the region of €10.3 million (£9 million).

Ghezzal Tattoo - Does he have one?