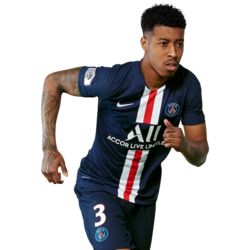 Wow! This means the average man in the UK needs to work for at least 17.2 years to earn the same as Pembe earns in only 1 month.

The Frenchman is a graduate of the Paris Saint-Germain youth academy and has gone to represent the club's first-team since 2014. The defender's renewed contract with the Parisians saw his net worth rise to €37 million (£32.3 million). He is one of the best centre-back's in his age group, which translates to a market value of €30 million (£26 million).

Kimpembe Tattoo - Does he have one?