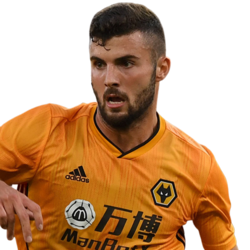 Wow! This means the average man in the UK needs to work for at least 3.5 years to earn the same as Pat earns in only 1 month.

The Italian hitman started his playing career with boyhood club AC Milan before moving to Premier League club Wolverhampton Wanderers in 2019. A professional for all of three years and counting, he has already conjured up a net worth of €6 million (£5.4 million). His market value is approximately around €25 million (£22.3 million).

Cutrone Tattoo - Does he have one?