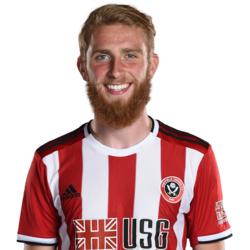 Born in Leeds, England, he began his footballing education with the youth academy of hometown club Leeds United as a youngster, and later moved to Bradford City in 2010, from where he graduated to sign his first professional contract a couple of years later. After a handful of games for The Bantams, the striker signed for Premier League club Swansea City on a three-year deal on 13 July 2015. He spent the next couple of seasons on loan in search of regular first-team opportunities, he played for Conference Premier team Chester in 2014/15, and later EFL Two club Newport County and Bristol Rovers during the 2015/16 season. But it wasn’t until his tenure at EFL Championship club Barnsley FC did the striker find his feet. In the second-half of the 2017/18 season he joined a flailing Barnsley side and changed their fortunes by scoring 9 goals in 17 appearances. The Tykes almost avoided relegation but in the end the strikers would be in vain. As of little consolation, the Englishman received the 2017/18 Barnsley Player of the Year award for his excellent showings. Relegated to the EFL Championship ahead of the 2018/19 season, he finally got his first real opportunity for The Swans. In 42 league games the prolific hitman netted 22 goals, helping his club to a mid-table finish. His performances caught the eye of newly promoted Premier League club Sheffield United, who secured the striker’s signature for a club record fee of £20 million.

Wow! This means the average man in the UK needs to work for at least 4.2 years to earn the same as The Burner earns in only 1 month.

A journeyman in every sense of the word the Englishman has played for 7 different football clubs in England, including Bradford City, Swansea City and most recently Sheffield United. He has a net worth of approximately €10 million (£9 million) and a market value of in the region of €8 million (£7.2 million).

McBurnie Tattoo - Does he have one?