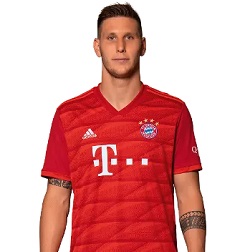 Wow! This means the average man in the UK needs to work for at least 7.2 years to earn the same as Nicky earns in only 1 month.

The 24-year old German centre-back burst on to the scene with Bundesliga club 1899 Hoffenheim and got his big move to Bayern Munich in the summer of 2017. His net worth is estimated to be somewhere in the region of €18 million (£15.4 million). A player regarded with to have a high potential ceiling, his market value is in excess of €60 million (£51.6 million).

Süle Tattoo - Does he have one?