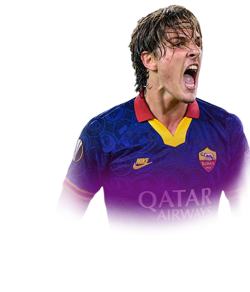 Wow! This means the average man in the UK needs to work for at least 11.38 years to earn the same as Mad Child earns in only 1 month.

He has already made an estimated 5 million Euros in net and is currently valued at 50 million Euros. Both of those numbers are expected to travel northwards very soon.

Zaniolo Tattoo - Does he have one?