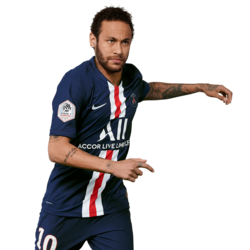 Wow! This means the average man in the UK needs to work for at least 87.2 years to earn the same as Juninho earns in only 1 month.

The Brazilian forward began his career at native club Santos, before moving to FC Barcelona where he reached superstardom. In the summer of 2017 he moved to PSG to become the most expensive player in history. One of the most recognizable players in the world, he has set up a net worth estimated to be around €300 million (£261 million), and commands a market value in excess of €180 million (£157 million).

Júnior Tattoo - Does he have one?