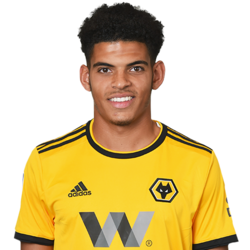 Wow! This means the average man in the UK needs to work for at least 1 years to earn the same as Gibby earns in only 1 month.

This youngster is one of the most promising products of the youth academy. He signed a new and improved contract in January 2018, which connects him to the club un till 2022. His current net worth is estimated at 1 Million Euro (0.8 Million Pound). The management of Wolverhampton has a clear plan with this young lad - they won't let him go! His market value is currently 5 Million Euro (4.3 Million Pound).

Gibbs-White Tattoo - Does he have one?