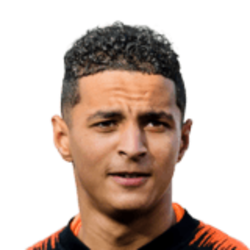 Wow! This means the average man in the UK needs to work for at least 0.93 years to earn the same as Mo Afellay earns in only 1 month.

Money is not his priority for now. He needs to develop a lot more before he gets the big bucks. His current net worth is about 75,000 Euros. His market value is about 15 million Euros.

Ihattaren Tattoo - Does he have one?