Join WTFoot and discover everything you want to know about his current girlfriend or wife, his shocking salary and the amazing tattoos that are inked on his body. Find out what house the Belgian striker lives in or have a quick look at his cars! 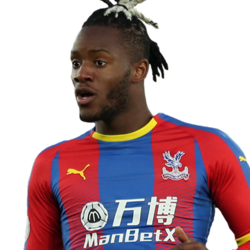 Born in Brussels, Belgium, the aspiring footballer had a nomadic youth career with spells at RFC Evere, RUSA Schaarbeek, Brussels, Anderlecht and finally Standard Liège. On 20 February 2011, he made his professional debut for Les Rouges, coming on as a substitute in a 4-1 defeat to Gent.  The striker scored his first professional goal on 15 December 2012 as the Belgian club prevailed 1-0 over Danish side FC København in the group stages of the UEFA Champions League. During his stay at the State Maurice Dufrasne the striker scored 44 goals in 120 appearances, winning the Ebony Shoe in his final season at the club. On 8 August 2014, the Belgian signed with French club Olympique de Marseille for a fee of £4.5 million, making his debut the next day in a 3-2 win over Bastia; on 29 October, he scored his first goal for Les Phocéens is a 2-1 defeat to Rennes in the third round of the Coupe de la Ligue. During his two season spell with the French side the striker scored 33 goals in 78 appearances, collecting a runner-up medal in the Coupe de France after Marseille lost 4-2 to rivals PSG despite the striker scoring. On 3 July 2016, the Belgian hitman signed for English club Chelsea on a five-year deal for a fee of €40 million. He made his competitive debut for The Blues on 15 August, coming on as substitute to set-up Diego Costa's late winner in a 2-1 victory over West Ham United; five days later, he went on to score his first Premier League goal as Chelsea beat Watford by the same scoreline. His debut season ended with 5 Premier League goals in 20 appearances, one of them being the title clincher against West Bromwich Albion to give The Blues their fifth Premier League title. After failing to hold down a starting berth at Chelsea, the Belgian once again took to his nomadic roots. He went out to Germany on loan with Borussia Dortmund during the 2017/18 season, scoring 9 goals in 14 appearances. During the first half of the following season, the Belgian was loaned out to Spanish side Valencia, and was rewarded with a winners medal as the club lifted the Copa del Rey at the end of the season. On January 2019, he joined Crystal Palace on loan till the end of the season and saw a return of 6 goals in 13 appearances.

Wow! This means the average man in the UK needs to work for at least 13.6 years to earn the same as Bat(s)man earns in only 1 month.

The Belgian hitman started his career with Belgian club Standard Liège before moving to French club Olympique de Marseille in 2014. A couple of years later in 2016 the striker made his big-money move to England signing for Premier League powerhouse Chelsea FC, his net worth is estimated at €27.5 million (£24.5 million). The Belgian striker has a market value of €30 million (£26.7 million).

Batshuayi Tattoo - Does he have one?