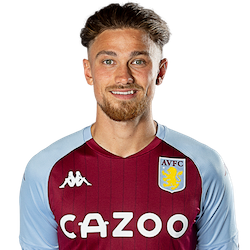 Wow! This means the average man in the UK needs to work for at least 2.1 years to earn the same as Matty earns in only 1 month.

The English full-back played 5 full seasons in the EFL Championship with boyhood club Nottingham Forrest. In the summer of 2020 he transferred to Premier League club Aston Villa which saw his net worth rise to an estimated 6 Million Euro (5.5 Million Pound). The Villains paid a reported 12 Million Euro (10.7 Million Pound) for the defender's services and we reckon his market value remains in and around that figure.

Cash Tattoo - Does he have one?