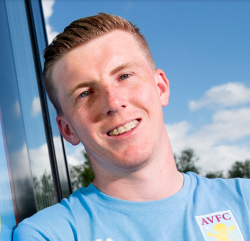 Wow! This means the average man in the UK needs to work for at least 5.4 years to earn the same as Matt earns in only 1 month.

The Englishman came up through Southampton's famous youth academy and signed his first professional contract with the club in 2014, a few years later in 2017 he signed an extension which puts his net worth somewhere in the region of 15 Million Euro (13.3 Million Pound). The defender signed at Aston Villa in the summer of 2019 and has a market value of €7.2 million (£6.3 million).

Targett Tattoo - Does he have one?