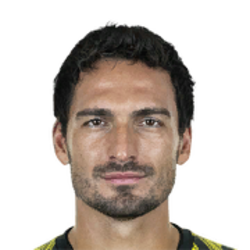 Wow! This means the average man in the UK needs to work for at least 23.61 years to earn the same as Motzki earns in only 1 month.

A career that has spanned 12 years across two of the biggest clubs in Europe means his net worth is at an estimated 30 Million Euros. With at least another 5 years of top-flight football in his tank, his market value is at a respectable 35 Million Euros.

Hummels Tattoo - Does he have one?