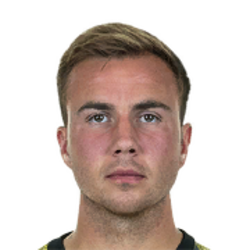 Wow! This means the average man in the UK needs to work for at least 23.8 years to earn the same as Sunny earns in only 1 month.

This centre forward has been the recipient of some lucrative paychecks. His net worth is estimated to be at 50 Million Euros. His market value, due to some undesirable happenings, is at a mere 22 Million Euros.

Götze Tattoo - Does he have one?