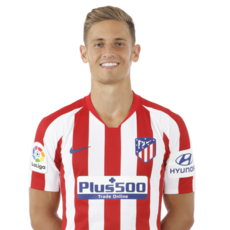 Wow! This means the average man in the UK needs to work for at least 5.2 years to earn the same as Marco earns in only 1 month.

The young Spanish midfielder is a product of the Real Madrid youth system and went on to represent the club sparingly between 2015-2019. In the summer of 2019 he moved to cross city rivals Atlético Madrid, signing a five-year deal. His net worth is estimated to be around the region of €12 million (£10.7 million); the youngster has a market value of €30 million (£26.7 million), however, expect it to rise significantly if he manages to establish himself in Atléti's first-team.