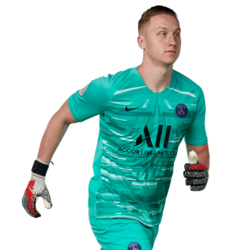 Wow! This means the average man in the UK needs to work for at least 1.2 years to earn the same as Marcinek earns in only 1 month.

This young goalie is still playing on a youth contract. But you dont have to feel too sorry for the guy though, because Chelsea pays their players very well. His current net worth is about 700.000 Euro (630.000 Pound). His market value is rising. He is a young goalie and he is hoping to make a lot of minutes pretty soon. At the moment his market value is about 1 Million Euro (800.000 Pound).

Bulka Tattoo - Does he have one?