Join WTFoot and discover everything you want to know about his current girlfriend or wife, his shocking salary and the amazing tattoos that are inked on his body. Find out what house the German Right Back lives in or have a quick look at his cars! 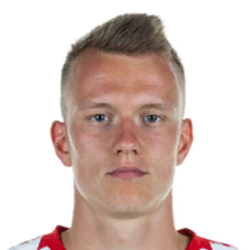 The up and coming defender was born to parents who were both athletes; his father ran a 110m hurdles champion and his mother, an all round runner. He has a sister, Lisa, who’s also a footballer. Klostermann began playing football when he was five or six years. He played for various youth teams at FSV Gevelsberg, SSV Hagen and VfL Bochum. By the end of June, it was revealed that the right back had yet to sign a professional contract, leading to a start of negotiating. In August 2014 it was announced that Lukas and VfL Bochum had failed to reach an agreement and newly promoted Red Bull Leipzig pounced on this opportunity to snap up the coveted defender. In early 2015, the German started the season, playing in the right–back position for the side and soon became the club’s first choice throughout the season. In August 2015, Klostermann was called up for the Germany U21 for the first time. In June 2019, he was called up by Germany U21 for the UEFA European Under-21 Championship in Italy. The full back started all four matches and helped Germany U21 side reach the final. He received his first call up to the senior national team in March 2019 for the friendly match against Serbia and UEFA Euro 2020 qualifying match against the Netherlands.

Wow! This means the average man in the UK needs to work for at least 3.8 years to earn the same as Klosi earns in only 1 month.

The young full back generated shock-waves around the country after a blistering campaign last term. This saw his market value leap to a staggering €30 million. This has also seen his net worth rise to an impressive 8 Million Euro (7.3 Million Pound).

Klostermann Tattoo - Does he have one?