Join WTFoot and discover everything you want to know about his current girlfriend or wife, his shocking salary and the amazing tattoos that are inked on his body. Find out what house the German winger lives in or have a quick look at his cars! 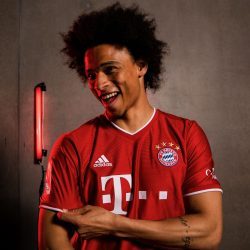 Wow! This means the average man in the UK needs to work for at least 13 years to earn the same as Bacon earns in only 1 month.

The youngster has already made an astonishing amount of money. Especially since he made the move from FC Schalke 04 to the Premier League. We estimate that his total Net Worth is around 20 Million Euro (18,5 Million Pound). At Bayern he is going to earn an incredible amount of money so we expect his net worth to rise, and rise quickly. As for his market value, it is pretty plausible that his value is sky-high. Wingers are one of the most essential players in today's game. The German has it all: speed, dribbling, finishing and on top of it all he is still very young. As such we think his current Market Value is around 80 Million Euro (75 Million Pound).

Sané Tattoo - Does he have one?