Join WTFoot and discover everything you want to know about his current girlfriend or wife, his shocking salary and the amazing tattoos that are inked on his body. Find out what house the Jamaican left winger lives in or have a quick look at his cars! 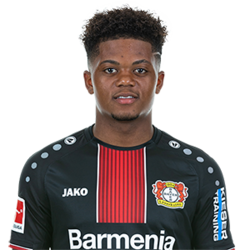 The Jamaican speedster played for the Phoenix All-Star Academy operated by his adoptive father, Craig Butler. To find better opportunities for his two sons, Butler moved his family to Europe. After a drama filled 6-months, Belgian club Genk decided to take a shot with the youngster. He had a debut to forget as his team was humbled 3-1 by a strong OH Leuven side. Bailey was named as the league’s best young player at the end of the 2015-16 season. His rocket against Austrian club Rapid Wien in mid-2016 won him the UEFA Europa League Goal of the Season award. Despite interest from English football giants Manchester United and Chelsea, current club Bayer Leverkusen were able to secure the talented winger’s signature. He signed for a €20 million fee in January 2017. Just like his debut with Genk, he had a bad start to life in Germany as his side narrowly lost 1-0 to bottom dwellers Hamburger SV. A constant fixture in attack, the youngster is one of the biggest attractions in Jamaican sports at the moment. Bailey was thought to have been eligible to represent England as he has two grandparents who have British citizenship. However, he is not eligible to play for England as his grandparents were not born in England.

Wow! This means the average man in the UK needs to work for at least 5.4 years to earn the same as Chippy earns in only 1 month.

After signing a massive contract quite early on in his career, it comes as no surprise that the winger's net worth has crossed the €2 million barrier. After a blockbuster start to his life in Germany, Bailey has found it difficult to progress further due to the rapid rise of Kai Havertz and Julian Brandt. This has seen a drop of €5 million in his market value to €40 million at the end of the 2018-19 season.

Bailey Tattoo - Does he have one?