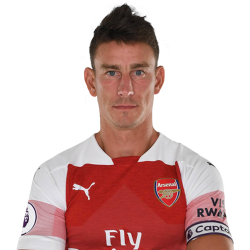 Wow! This means the average man in the UK needs to work for at least 12 years to earn the same as The Kos earns in only 1 month.

The Kos has played professional football for a very long time and he has ofcourse been at Arsenal for the majority of that time. Everybody knows that the salaries in the Premier League are astonishing so we have calculated and estimated and his Net Worth is about 27 Million Euro (24 Million Pound). His Market Value is obviously on the decline. He is long past his 30th birthday and he is not getting any younger. We think his current Market Value is about 14 Million Euro (12 Million Pound).

Koscielny Tattoo - Does he have one?