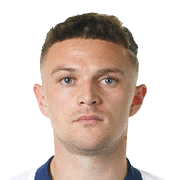 Wow! This means the average man in the UK needs to work for at least 5 years to earn the same as Bury Beckham earns in only 1 month.

Still a young and promising player, but already active for a couple of years in the Premier League. He signed an improved contract in the summer of 2017. All of this gives him an estimated net worth of 9 Million Euro (8 Million Pound). The move to Atletico assures him of earning the big bucks. He is currently an important part of the new Atletico defense ánd the English national team. His current market value is 35 Million Euro (30 Million Pound).

Trippier Tattoo - Does he have one?