Join WTFoot and discover everything you want to know about his current girlfriend or wife, his shocking salary and the amazing tattoos that are inked on his body. Find out what house the Argentine centre back lives in or have a quick look at his cars! 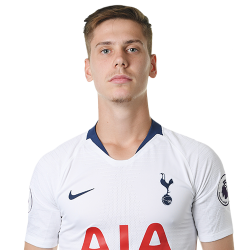 Wow! This means the average man in the UK needs to work for at least 3 years to earn the same as Juanito Jr. earns in only 1 month.

This lad has a bright future ahead of him, of that we are sure. A great future in terms of his career, but also in terms of money! This youngster started his career only a while ago but already makes 1.35 Million Euro (1.2 Million Pound) a year at White Hart Lane. He was chosen 'Man of the Match' in his first game of Argentine and he is seen as one of the most promising centre backs of the world. His current market value is 10 Million Euro (8.7 Million Pound).

Foyth Tattoo - Does he have one?