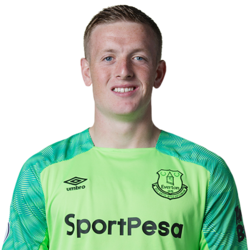 Wow! This means the average man in the UK needs to work for at least 14.4 years to earn the same as Jordy earns in only 1 month.

The English goalkeeper signed for Everton from Sunderland in 2017 for a fee of £25 million and his showings with England at the FIFA World Cup has earned him a new contract which puts his net worth in the region of €42.7 million (£37 million). At only 25 years of age and one of the brightest goalkeeping prospects in the world his market value is estimated to be around €41.5 million (£36 million).

Pickford Tattoo - Does he have one?