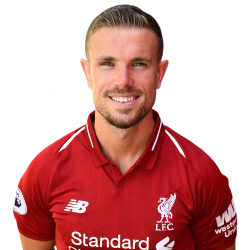 The White Yaya Touré is an English midfielder who is currently playing for Liverpool in the English Premier League. He is actually the captain of the Nort-English side. Even though he was not born in Liverpool he is considered to be a kid of the club nowadays, also due to the fact that he has already played for the first team regularly since 2011. In 2015 the man from Sunderland, England was handed the captaincy of Liverpool after Steven Gerrard had played that role for more than 13 years. He has played an important part in the successes of Liverpool in recent years, manager Jurgen Klopp has given him a whole bunch of confidence and as such he is a regular starter. He has not always played for Liverpool though, as a matter of fact he started both his youth and his professional career at Sunderland, his hometown club. He has even stated that he is actually a fan of that team. He had played for Sunderland for a couple of years before making the move to Liverpool. His career is not only limited to club football however, because he is also playing for the English national team, The Three Lions. He was a part of the team that had the most succesful World Cup run since England won the whole thing in 1966.

Wow! This means the average man in the UK needs to work for at least 14.9 years to earn the same as The White Yaya Touré earns in only 1 month.

This guy has made a whole bunch of cash in his career. He has played in the Premier League for a pretty long time and he is now the captain of one of the top teams. He recently got a raise so his Net Worth is also still on the rise. At the moment it is estimated to be about 26 Million Euro (23 Million Pound). His market value is relatively hard to be determined because he has not been transfered for a long time. We do think that the captain of one of the top teams in England is worth a LOT of money. His current market value is about 60 Million Euro (54 Million Pound).

Henderson Tattoo - Does he have one?