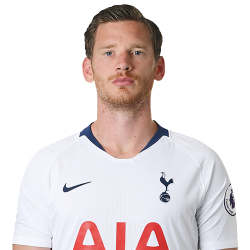 Wow! This means the average man in the UK needs to work for at least 14.6 years to earn the same as Super Jan earns in only 1 month.

His net worth is really high, he has been one of the highest paid Spurs players for several seasons now and as such his net worth is roughly 22 Million Euro (20.8 Million Pound). His market value is slightly declining however because he is getting a tad bit older and as we all know: father time is undefeated. His current market value is still high though: 30 Million Euro (27 Million Pound).

Vertonghen Tattoo - Does he have one?