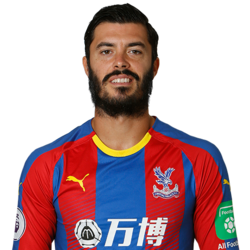 Wow! This means the average man in the UK needs to work for at least 7.4 years to earn the same as Tomsy earns in only 1 month.

The English centre back spent almost two decades with West Ham United, coming up through their youth ranks to join the first-team in 2008, his tenure with The Hammers came to an end in 2016 when he signed for rival London club Crystal Palace, over the years the Englishman has conjured up a net worth close to €20.5 million (£18.2 million). Now at the twilight of his career the central defender in worth around €8 million (£6.9 million).

Tomkins Tattoo - Does he have one?