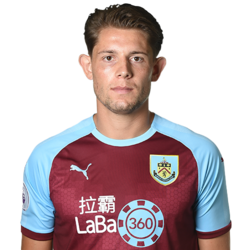 Wow! This means the average man in the UK needs to work for at least 7.2 years to earn the same as The Tark earns in only 1 month.

His net worth is slowly getting higher and higher, he has a great contract at Burnley and as a result his net worth is now a lot higher than it used to be. Currently he is worth 12 Million Euro (10 Million Pound). His market value is also increasing, albeit slowly. He is nearing his prime, he already has some years of experience at the highest level and he is proving why he can help any team in defending their leads. His current market value is 10 Million Euro (9 Million Pound).

Tarkowski Tattoo - Does he have one?