Join WTFoot and discover everything you want to know about his current girlfriend or wife, his shocking salary and the amazing tattoos that are inked on his body. Find out what house the English attacking midfielder lives in or have a quick look at his cars! 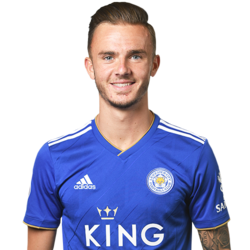 Born in Coventry, England, the Englishman joined Coventry City's youth team in his early years, coming up through the ranks and getting his opportunity with the first team in the 2014/15 season. He made his first team debut in a 2-1 defeat against Cardiff City in the the League Cup in August 2014, a week later he made his League One debut in a 3-1 loss at home against Bristol City, and finally signed his first professional contract with the club in November. His season came to a premature end due to a back injury he picked up in January. The 2015/16 season saw the midfielder come to the fore with 23 appearances, 3 goals and 3 assist, his sparkling form halfway through the season convinced then Premier League club Norwich City to take a gamble on the promising prospect and sign him on a three year deal before loaning him back to Coventry City for the rest of the season.  He spent the first part of the 2016/17 season on loan to Scottish Premiership side Aberdeen, making 14 appearances with two goals (one of them a memorable last minute winner against Rangers) and seven assists to show for it. 2017/18 would mark his first full season with The Canaries who were now playing in the Championship, the midfielder had breakout season, featuring in 44 Championship matches, scoring 14 goals and bagging 8 assist, his remarkable performances earned him Norwich's Player of the Season award, a place in the PFA Championship Team of the Year, and a nomination for EFL Championship Young Player of the Season. Such extraordinary feats wouldn't go unnoticed and Premier League side Leicester City secured the services of the mercurial midfielder for a fee estimated to be in the region £20 million before the start of the 2018/19 season.

Wow! This means the average man in the UK needs to work for at least 7.9 years to earn the same as Madders earns in only 1 month.

Playing in the lower divisions of English football with Coventry City and Norwich City to make a name for himself before signing for Leicester City for a substantial wage over a 5 year period puts the Englishman's net worth around €18.6 million (£16 million). One of England's brightest talents, clubs will have pay a considerable amount to land the services of the midfielder with his market value at an estimated €31.5 million (£27 million).

Maddison Tattoo - Does he have one?