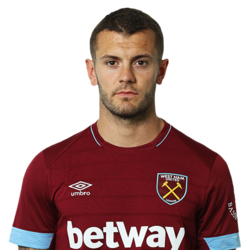 Wow! This means the average man in the UK needs to work for at least 14.5 years to earn the same as Super Jack earns in only 1 month.

At the age of 27 the English midfielder has already conjured up net worth €56 million (£48 million) playing all of career in the English Premier League. His market value however has deteriorated to €15.8 million (£13.5 million) as a result of the numerous injuries suffered throughout his career which have probably prohibited him from fulfilling his maximum potential.

Wilshere Tattoo - Does he have one?