In this article you will discover everything you want to know about Jack Harrison: his current girlfriend or wife, his salary and his tattoos. Read along and find out in what house the English left winger lives in and also have a look at his cars!

This means the average man needs to work for at least 6.0 years to earn the same as Goldie earns in only 1 month. 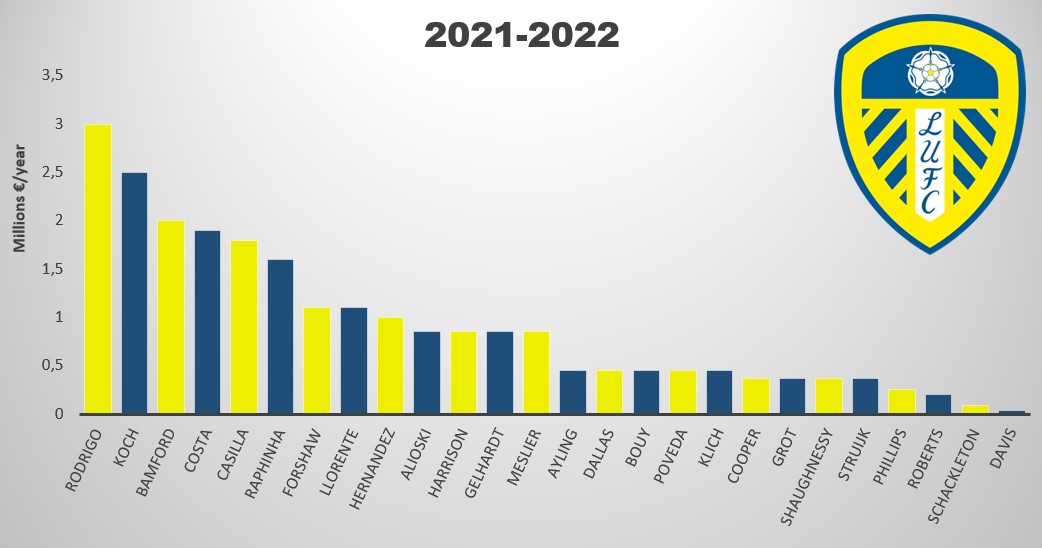 The salary of the English left winger compared to his Leeds United teammates
Have a look at our in-depth Leeds United Salary Overview 2021-22!

The English forward uncharacteristically started his career in the United States of America with New York City as 20 year old. He signed for Manchester City in 2018 on a 4-year deal which saw his net worth rise to 8 Million Euro (7.1 Million Pound). Goldie's market value is stated at 5.2 Million Euro (4.6 Million Pound) but his recent showings with Leeds United might see a rise in value.