Join WTFoot and discover everything you want to know about his current girlfriend or wife, his shocking salary and the amazing tattoos that are inked on his body. Find out what house the French goalkeeper lives in or have a quick look at his cars! 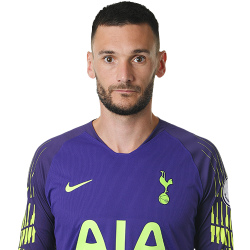 Wow! This means the average man in the UK needs to work for at least 14.6 years to earn the same as Saint Lloris earns in only 1 month.

His net worth is really high and it still growing. He signed a big fat contract extension in 2016 that made him one of the top owners at Tottenham. His net worth is currently about 17 Million Euro (15.3 Million Pound). His Market Value is still really high, yes he is getting a bit older but goalkeepers can play for a really long time and good keepers are scarce and very important. His current Market Value is about 60 Million Euro (54 Million Pound).

Lloris Tattoo - Does he have one?