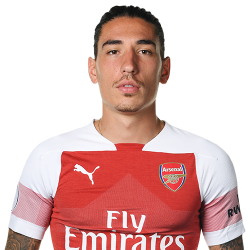 Wow! This means the average man in the UK needs to work for at least 13 years to earn the same as Speedy Gonzales earns in only 1 month.

He signed his first professional contract in 2013, which is already some couple of years ago. He is currently earning 5.4 Million Euro (4.8 Million Pound) which means 615 Euro (546 Pound) a hour! This gives the pacy right back an estimated Net Worth of 15 Million Euro (13.1 Million Pound). This, knowing that his career basicly just started, will make him soon one of the richest players of the Premier League!

Bellerín Tattoo - Does he have one?