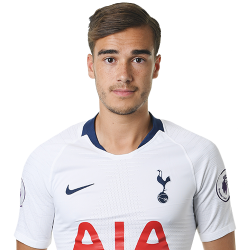 Wow! This means the average man in the UK needs to work for at least 6 years to earn the same as The Winkster earns in only 1 month.

The Winkster has been playing at the Spurs for a few years and let's just say that he has been doing great for himself. His current net worth is roughly 8 Million Euro (7.3 Million Pound). His Market Value is rising and rising. Will it ever stop rising? At the moment it is roughly 27 Million Euros (25 Million Pounds).

Winks Tattoo - Does he have one?