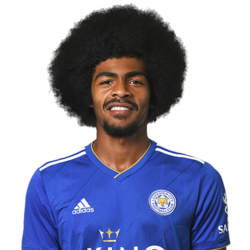 Wow! This means the average man in the UK needs to work for at least 1.2 years to earn the same as The Bengali Bull earns in only 1 month.

The defensive midfielder has started his senior career as recent as 2015 and thanks to the big contracts Premier League clubs are dishing out these days he has seen his net worth rise from nothing to €1.6 million (£1.4 million) after signing a contract extension in 2018. He has not seen much exposure on the global stage yet which makes his market value around €1 million (£0.9 million) but it will surely rise in the coming years.

Choudhury Tattoo - Does he have one?