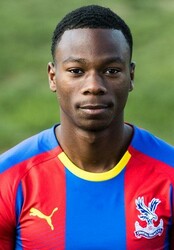 Born in England, he joined the youth academy of Premier League club Crystal Palace in the summer of 2016 after impressing following a trial, having departed from EFL Championship side Brentford's academy earlier in the year. Since then he has progressed through the ranks to feature regularly for both the academy and development teams. The young English midfielder is known for his calmness in the middle of the park as well as his ability to distribute the ball neatly, the midfielder is also known to be dangerous in dead-ball situations. Playing for the under-23 team the midfielder finished the 2018/19 season with six goals to his name from 24 appearances, enjoying a particularly fruitful and strong end to the campaign. The Englishman was called-up to the first team during the 2018/19 seasons in Crystal Palace's Carabao Cup tie against Swansea City on 28 August 2018, he remained as an unused substitute as The Eagles edged out The Swans 1-0 to progress to the next round of fixtures. The young man remains upbeat about his prospects of playing for the first-team in the near future, citing academy talent Aaron Wan-Bissaka as an example for all other current academy players to follow to realize their aspirations of playing for the senior-team.

Wow! This means the average man in the UK needs to work for at least 6.2 years to earn the same as Gio earns in only 1 month.

The youngster is still an academy player for Crystal Palace featuring mostly for the reserves, his first professional contract with the club sets his net worth at an estimated €2.5 million (£2.2 million). Still awaiting exposure to mainstream football the midfield man has a market value of €561,000 (£500,000).

McGregor Tattoo - Does he have one?