Join WTFoot and discover everything you want to know about his current girlfriend or wife, his shocking salary and the amazing tattoos that are inked on his body. Find out what house the Argentine central midfielder lives in or have a quick look at his cars! 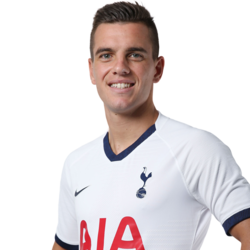 Wow! This means the average man in the UK needs to work for at least 10.1 years to earn the same as Gio earns in only 1 month.

The Argentinian has had nomadic career, starting at hometown club Rosario Central, he moved to France to play for PSG, before moving to Spain to sign for Real Betis. In the summer of 2019 he signed a one-year loan deal with English club Tottenham Hotspur. The midfielder has conjured up a net worth of €22 million (£20 million) during his playing career, and has a market value of a whopping €50 million (£45 million).

Lo Celso Tattoo - Does he have one?