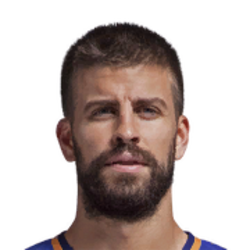 Wow! This means the average man in the UK needs to work for at least 32.4 years to earn the same as Piquénbauer earns in only 1 month.

The Spaniard is a graduate of Barcelona's famous La Masia academy but decided to join Manchester United before signing his first professional contract with Barça. After a 4 year spell in England, the defender returned to his hometown club in 2008 and has been a mainstay in Barça's defence ever since. He has a net worth in the region of €80 million (£73 million). Now aged 32, the Spanish centre-back has a market value of €35 million (£30 million).

Piqué Tattoo - Does he have one?