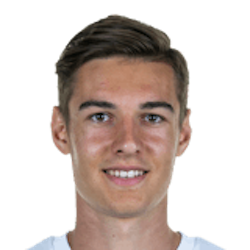 In November 2019 the midfielder signed a contract with Borussia Mönchengladbach that nets him a whopping salary of 1.6 Million Euro (1.4 Million Pound) per year. We have crunched the numbers, this means he earns €4,384 (£3,836) per day and €183 (£160) per hour!
Since you've been viewing this page, Florian Neuhaus has earned...

Wow! This means the average man in the UK needs to work for at least ‭3.88 years to earn the same as Mr. Elegant earns in only 1 month.

Neuhaus Tattoo - Does he have one?