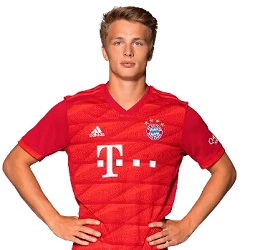 Wow! This means the average man in the UK needs to work for at least 2.4 years to earn the same as Fietje earns in only 1 month.

The 20-year old German forward is a product of the youth academy of Hamburger SV. He got his big move to Bundesliga giants Bayern Munich in the summer of 2019. His contract with the Bavarian giants puts his net worth at around €5 million (£4.4 million). Still unproven at the highest level, his market value is approximately €4 million (£3.4 million).

Arp Tattoo - Does he have one?