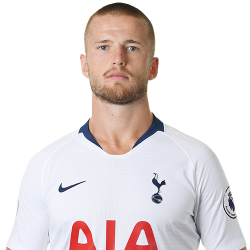 Eric Dier plays for Tottenham Hotspur and the England national team. He is a defender who prefers to play as a defensive midfielder, a centre back or a right back. This makes him a very versatile player, something many coaches love about him! He grew up in Portugal, where he started his career. He joined the youth academy of Sporting Portugal, for whom he made his senior debut in 2012. He made his breakthrough already in his first season and moved to Tottenham Hotspur in the summer of 2014. They made a bid of 4 Million Pound and offered him a five-year contract. He made his debut for the Spurs in the away game versus West Ham United, only two weeks after he signed his first Premier League contract. And so far it's a very happy marriage between the both! Dier is a strong player and is pretty fast for a defender. He is good at heading and has an amazing mentality. He is a good mix between the Portuguese and English style of play! He is also known as a free kick specialist, also the reason why many people call him "Becks"!

Wow! This means the average man in the UK needs to work for at least 9 years to earn the same as Poor Man's Becks earns in only 1 month.

This lad is in the strength of his life and surprised many people ever since he moved to the Premier League. He even became an important player of the England national team. Who would have expected that when the Spurs picked him up in Portugal for a bargain? His current market value is 40 Million Euro (35 Million Pound). His net worth is estimated at 12 Million Euro (10.5 Million Pound).

Dier Tattoo - Does he have one?