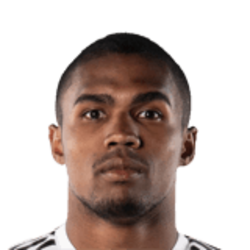 Wow! This means the average man in the UK needs to work for at least 26.7 years to earn the same as The Flash earns in only 1 month.

The Brazilian footballer started out at native club Grêmio and has gone on to play for two of the biggest clubs in the world in Bayern Munich and Juventus. The 29-year old winger has an estimated net worth of €65 million (£56.2 million); his market value is somewhere in the region of €38 million (£33 million).

Costa Tattoo - Does he have one?