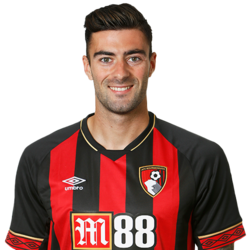 Diego Rico is a Spanish professional footballer who prefers to play as a left back. He was born in Burgos, a city in the Castile and León region. He joined the CD Burgos Promesas youth academy in 2000 and graduated in 2011. In June 2011 he thanked the people of Burgos and moved to Real Zaragoza. He started in the so-called Juvenil squad a.k.a Zaragoza B. He made his senior debut in the Segunda Division B during the 2011-12 season. His role was back-up at first, he was young and unexperienced but it was clear this lad was talented. His breakthrough came in 2013, when he was promoted to the main squad of Real Zaragoza. He made his debut on the 10th of September of the very same year in a Copa del Rey game against Deportivo Alaves. He became a regular in the first team and signed a renewed and improved contract in November 2013. In the following three seasons he managed to play 106 official games in the first team of Zaragoza. In August 2016 it was announced that he would move to the La Liga side Leganés for a fee of 1 Million Euro. In July 2018 he made another step upwards and signed a contract at Bournemouth for an undisclosed fee. He made his Premier League debut against Chelsea (0-2 defeat) on the 1st of September.

Wow! This means the average man in the UK needs to work for at least 3 years to earn the same as Diegito earns in only 1 month.

He started playing professional football at the age 19 and is despite his young age already active for a couple of years at the highest level. His current net worth is estimated at 6 Million Euro (5.2 Million Pound). It is unknown what fee Bournemouth paid for his signature in the summer of 2018, but his current market value is 12 Million Euro (10 Million Pound).

Rico Tattoo - Does he have one?