Join WTFoot and discover everything you want to know about his current girlfriend or wife, his shocking salary and the amazing tattoos that are inked on his body. Find out what house the Belgian central midfielder lives in or have a quick look at his cars! 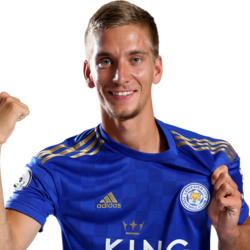 Wow! This means the average man in the UK needs to work for at least 7.5 years to earn the same as Denny earns in only 1 month.

The Belgian midfielder started his career at Belgian Pro League club Anderlecht before putting himself on the map while in Italy with Serie A outfit UC Sampdoria. In 2019 he signed for Premier League club Leicester City. The midfielder has a net worth close to €19 million (£17 million). His transfer value sits at €25 million (£22 million) but at 25 years of age with his best years just around the corner, it's likely to see significant rise.

Praet Tattoo - Does he have one?