Join WTFoot and discover everything you want to know about his current girlfriend or wife, his shocking salary and the amazing tattoos that are inked on his body. Find out what house the French, Bissau-Guinean Center Back lives in or have a quick look at his cars! 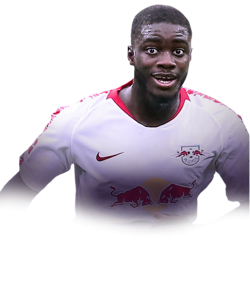 Wow! This means the average man in the UK needs to work for at least 6.3 years to earn the same as UpaChup earns in only 1 month.

The young defender is one of the hottest properties in world football at the moment. Hence, it comes as no surprise that his club have enticed him with a multi-million salary offer to stay for a few more seasons. This has seen his net worth rise in upwards of €2 million. Valued at a tad over €30 million, the French superstar will easily cost triple the money to be fished out of the Bundesliga side.

Upamecano Tattoo - Does he have one?