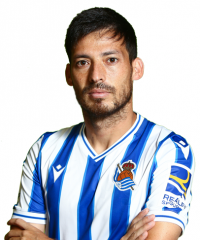 Wow! This means the average man in the UK needs to work for at least 32 years to earn the same as El Chino earns in only 1 month.

The Spanish footballer has a net worth of 50 Million Euro (45 Million Pound). Besides his stunning salary, he also earns about 1 Million Euro a year from endorsements with companies like adidas. He belongs to the 20 highest paid football players in the world! Back in 2012, just after winning the Euro Cup in Ukraine and Poland, El Chino was worth around 50 Million Euro. And right now? His estimated market value is 30 Million Euro (27 Million Pound).