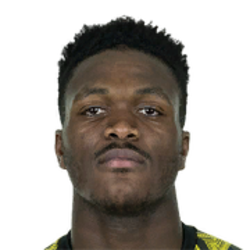 Wow! This means the average man in the UK needs to work for at least 0.55 years to earn the same as Daxo earns in only 1 month.

He's only 20 but being at cash-laden PSG and Dortmund has already seen him about 400,000 Euros in net worth. His current market value is 28 Million Euros, but expect that to rise very soon.

Zagadou Tattoo - Does he have one?